Healthline: Medical information and health advice you can trust.

UTIs in Adults: Everything You Need to Know 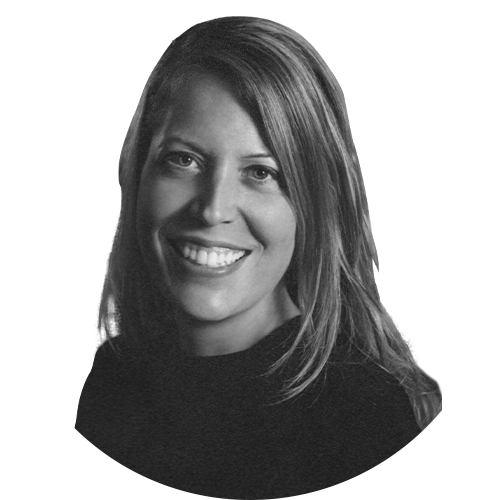 Medically reviewed by Stacy A. Henigsman, DO — Written by Verneda Lights — updated on April 15, 2022

A urinary tract infection (UTI) is an infection from microbes. These are organisms that are too small to be seen without a microscope.

Your urinary tract is made up of your:

References to “male” and “female” or “women” and “men” in this article refer to sex assigned at birth, not gender.

Symptoms of a UTI depend on what part of the urinary tract is infected.

Upper tract UTIs affect the kidneys. These can be potentially life threatening if bacteria move from the infected kidney into the blood. This condition, called urosepsis, can cause dangerously low blood pressure, shock, and death.

Symptoms of an upper tract UTI include:

Symptoms of an upper tract urinary infection in men are similar to those in women. But men with a lower tract UTI may sometimes also experience rectal pain.

Women with a lower tract urinary infection may experience pelvic pain. This is in addition to the other common symptoms.

Anything that reduces your bladder emptying or irritates the urinary tract can lead to a UTI. There are also many factors that can put you at an increased risk of getting a UTI.

These risk factors include:

Most UTI risk factors for men are the same as those for women. But having an enlarged prostate can also increase UTI risk.

While it’s widely believed that wiping from back to front after using the bathroom increases the risk of recurring UTIs, older research showed that this isn’t the case.

But there are still some risk factors unique to female anatomy.

Urethras in women are also shorter, and the bacteria have a shorter distance to travel to enter the bladder.

Pressure on the female urinary tract during penetrative sex can move bacteria from around the anus into the bladder. Oral sex can also introduce bacteria into the urethra, increasing the risk of infection.

Peeing after sex may help reduce the risk of infection.

Spermicides may increase UTI risk because they can disrupt the vaginal microbiome.

Condom use during sex

Non-lubricated latex condoms may increase friction and irritate the skin during sexual intercourse. This may increase the risk of a UTI.

But there are many reasons to use condoms. They’re important for reducing the spread of sexually transmitted infections (STIs) and preventing unwanted pregnancy.

To help prevent friction and skin irritation from condoms, be sure to use enough water-based lubricant during sex.

Diaphragms may put pressure on the urethra. This can decrease bladder emptying, which increases the risk for bacterial growth and infection.

After menopause, a decrease in estrogen level changes the normal bacteria in your vagina. This can increase the risk of a UTI.

The urine sample needs to be a “clean-catch” sample. This means the urine sample is collected at the middle of your urinary stream, rather than at the beginning. This helps to avoid collecting bacteria or yeast from your skin, which can contaminate the sample. Your doctor will explain to you how to get a clean catch.

When testing the sample, your doctor will look for a higher number of white blood cells in your urine. This can indicate an infection.

Your doctor will also do a urine culture to test for bacteria or fungi. The culture can help identify the cause of the infection. It can also help your doctor choose a treatment.

If your doctor suspects the UTI is viral, special testing may need to be performed. Viruses are rare causes of UTIs but can be seen in people who’ve had organ transplants or who have other conditions that weaken their immune system.

If your doctor suspects that you have an upper tract UTI, they may also need to do a complete blood count (CBC) and blood cultures, in addition to the urine test.

A blood culture can confirm that your infection hasn’t spread to your bloodstream.

If you have chronic UTIs, your doctor may want to check for any abnormalities or obstructions in your urinary tract. Here are some common tests:

If you’re pregnant and have symptoms of a UTI, see your doctor right away.

Treatment of a UTI depends on whether it’s:

Your doctor will be able to determine which it is by looking at your test results.

Antibiotics for a UTI

The form of antibiotic used to treat a bacterial UTI usually depends on which part of the tract is involved.

Sometimes, bacteria develop resistance to antibiotics. To reduce your risk of antibiotic resistance, your doctor will likely put you on the shortest treatment course possible. Treatment typically lasts no more than 1 week.

Results from your urine culture can help your doctor select an antibiotic treatment that will work best against the type of bacteria that’s causing your infection.

Home remedies for a UTI

There are no home remedies that can cure a UTI, but there are some things that you can do that can help your medication work better.

These home remedies for UTIs, like drinking more water, may help your body clear the infection faster.

While cranberries are a popular remedy, the research on their effect on UTIs is mixed. More conclusive studies are needed.

Still, the American Urological Association says that clinicians can offer cranberry juice to patients as a way to prevent recurrent UTIs. But they note that there’s a low level of certainty that this will work.

It’s important to treat a UTI — the earlier, the better. Untreated UTIs become more and more severe the further they spread.

A UTI is usually easiest to treat in the lower urinary tract. An infection that spreads to the upper urinary tract is much more difficult to treat and is more likely to spread into your blood, causing sepsis. This is a life-threatening event.

If you suspect that you have a UTI, contact your doctor as soon as possible. A simple examination and urine or blood test could save you a lot of trouble in the long run.

Everyone can take the following steps to help prevent UTIs:

Women are 30 times more likely than men to get UTIs. Certain steps may help prevent UTIs in women.

If you’re perimenopausal or postmenopausal, using topical or vaginal estrogen prescribed by your doctor could make a difference in preventing UTIs. If your doctor believes that intercourse is a factor of your recurrent UTIs, they may recommend taking preventive antibiotics after sex or long term.

Some studies have shown that long-term preventive use of antibiotics in older adults reduced the risk for UTIs.

Taking daily cranberry supplements or using vaginal probiotics, like lactobacillus, may also help prevent UTIs. Some studies suggest that using probiotic vaginal suppositories can decrease the occurrence and recurrence of UTIs by changing the bacteria found in the vagina.

Be sure to discuss with your doctor what the right prevention plan is for you.

Read our full review of Uqora, a company that focuses on developing natural supplements for UTI prevention. You can order supplements here.

How long does it take to flush out a UTI?

UTIs can go away within a week. But if left untreated, UTIs can worsen over time and will need medical attention.

Can you cure a UTI naturally?

UTIs shouldn’t be left untreated as they can worsen over time. Home remedies like drinking cranberry juice or water may help antibodies clear up the UTI faster.

How do they test for UTIs in adults?

Doctors test for UTIs by sampling your urine. White blood cells, bacteria, and yeast are signs of infections and potential UTIs.

UTIs are a relatively common condition. They can involve infection of the bladder, urethra, ureters, or kidneys. The most common cause is bacteria, but they can also be caused by viruses or fungi.

If you suspect you may have a UTI, it’s important to see your doctor for a diagnosis and appropriate treatment.

Medically reviewed by Stacy A. Henigsman, DO — Written by Verneda Lights — updated on April 15, 2022